Why is my Spotify playing random songs that are not on the playlist or album I am trying to listen to? This is the exact same question I was asking myself a few months ago before I found a way to stop it permanently. 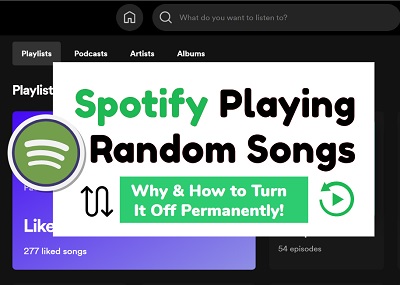 In some cases, all the songs in your Spotify playlist will be played first, after which some random songs will begin to play automatically which are based on the musical preferences and song selection in the completed playlist.

In other cases, the random song(s) can play just after the first song in your playlist. Even worse, this random song may not even be similar to the songs in your Spotify playlist which can make the experience very frustrating.

After spending some time researching ways to fix this issue, I finally found some quick ways to stop Spotify from playing random songs during or after playlist in 2022.

I will explain why the issue occurs, and follow it up immediately with a quick fix for each issue. For most of you, one of the first 2 methods will fix the issue as it did for me.

Without any further ado, let’s dive right in.

Why Is Spotify Playing Random Songs?

Now, let me explain each of these and how to fix it in each case.

The Autoplay feature is one of the most common reasons why Spotify plays random songs that are not in the playlist after the songs in the playlists have been played.

The way it works is that when you reach the end of an album, playlist, or selection of songs, Spotify automatically plays similar songs so the music never stops.

In my own experience, I don’t mind this feature as it helps me detect some new songs that I end up adding to my playlist. However, the recommendations can be way off sometimes.

The point is, if Spotify plays random songs after the playlist you chose and you want to stop this from happening, then you need to disable Spotify’s Autoplay feature. 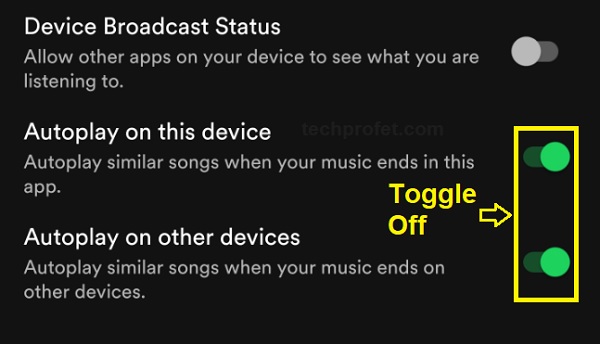 Once turned off, Spotify will stop playing random songs after the playlist.

However, if the random songs play after the first song in your Spotify playlist (or at least not after all the tracks in the playlist have been played), then the issue is most likely not coming from Autoplay. In that case, apply the next fix.

2. You Have Random Songs in Queue

I did a little bit more research, and found the answer to my own issue. Apparently, we had slightly different issues (and hence different fixes apply to both cases).

Then, I found out that the random songs in my own case played because they were in queue on my Spotify. Clearing the songs in the queue fixed the issue for me, which I will show you how to do very soon.

First, what exactly is this queue and why is it causing Spotify to play random songs?

The queue on Spotify is just a list of songs that will play after the one you’re currently listening to. Normally, when you are listening to a playlist the next song in the queue will be the next in the playlist whether shuffled or not.

Sometimes, you can accidentally add songs or even entirely different playlist/album to the queue. Also, you may have songs left in the queue from the previous listening session.

So, if you are wondering why Spotify is playing random songs even when Autoplay is off, there is your answer.

Now, the important question is, how do you clear your queue so that Spotify doesn’t play random songs that are not in your playlist?

Here’s how to clear songs in queue and stop Spotify from playing random songs: 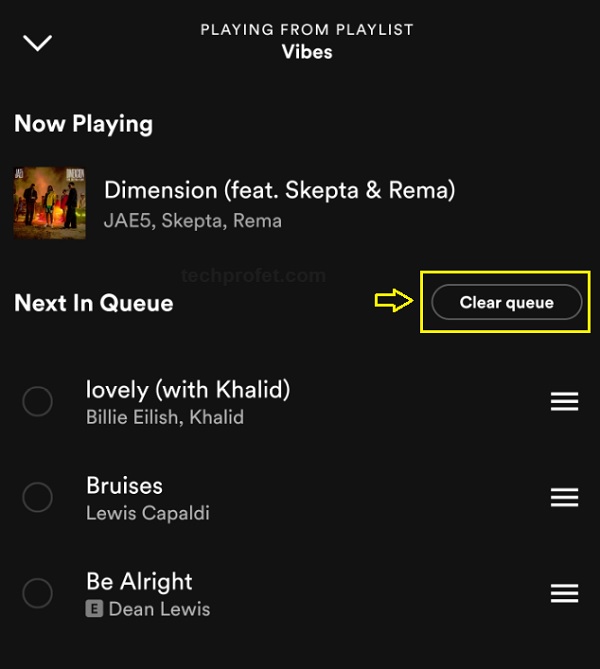 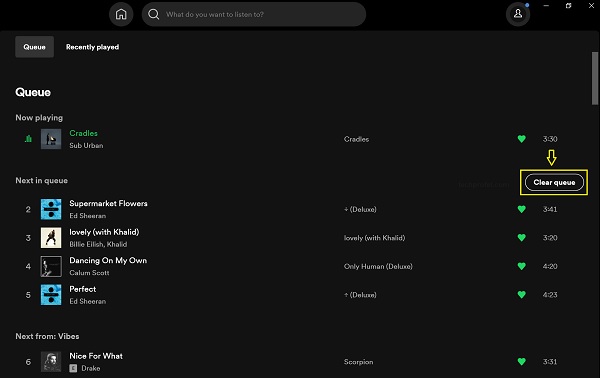 Once the queue has been cleared, Spotify will stop playing random songs and only songs that are in your selected playlist will be played.

3. An Issue With Your Spotify App

Your Spotify app may have an issue, causing random songs that are not on your playlist to be played. This could be coming from corrupt cache files among other things.

As a result, a lot of users have reported that simply removing the app and performing a fresh installation fixed the issue for them.

Also, if you have installed Spotify from sources other than the official website, Google Play Store, Apple store, then you need to remove it and do a fresh installation from the right sources. This could also fix the issue.

Whichever the case may be, there are two things you can do to fix app-related issue:

Here’s how to clear saved cache files on your device: 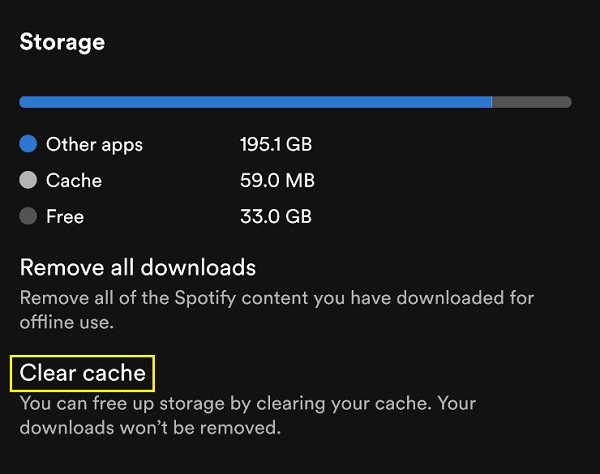 Alternatively, you can clear it directly on the settings on your Android or iPhone. Here’s how:

Once done, go back and open an playlist on Spotify and random songs should stop playing. However, if the issue persists, then you need to remove the app completely and perform a fresh installation.

B. Uninstall and Re-install Spotify App

A user on Reddit reported that he/she had installed Spotify the app from Microsoft store on Windows laptop and after downloading it directly from Spotify website instead, the issue was fixed.

I can’t say whether the mere clean installation was the fix, or more importantly, using the most trusted source (the official website).

Irrespective, if you are going to perform a fresh installation on your PC or phone, it’s best you just download the installer directly on the website instead of third-party stores like Galaxy store on Samsung phones or Microsoft store on Windows.

However, if you want to perform a clean installation on your Android or iPhone, you can use Google Play store and Apple store respectively since the website will redirect you to those sources anyway.

Having a Spotify premium account is the itself is not a direct fix for random songs playing on Spotify. However, the “queue” feature on Spotify is only available for premium users.

Since I have explained earlier how you can definitely fix this issue by simply clearing your queue on Spotify which leaves only songs in your playlist to be played, then you may begin to understand where I’m coming from.

A lot of users have complained that they cannot find the “queue icon” and can only find the share icon in the “now playing” screen. If this is the case for you, then you need to upgrade to a premium plan to access this feature. 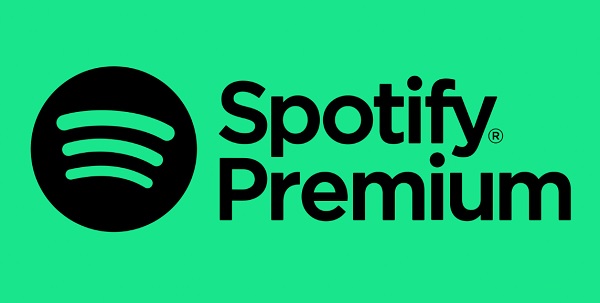 There are a number of premium account options that you can select from:

Once you have a premium Spotify account, you can stop Spotify from playing random songs by clearing the queue. To do that, click on the queue icon at the bottom right corner of the now playing screen. Under the “next in queue” section, simply tap “clear queue” to remove all random songs.

If someone has access to your Spotify account and they play a random song from their end, this can also change the song from your own end.

Although, with a premium duo or family subscription, you can share your premium account with other people and still have different songs across multiple devices. However, if you have a premium individual account or free account, then it can only be used on one device.

In the case where you are not sharing your account, you need to perform some measures to secure your account in case the account was hacked.

Below are some of the things you can do to secure your Spotify account: 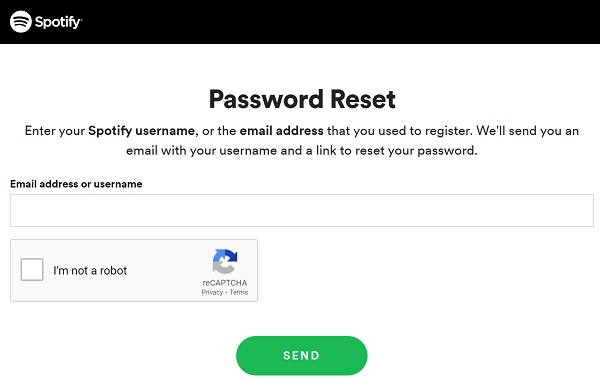 B. Remove All 3rd Party Connections

You can also remove 3rd party connections from your Spotify account through, which your account could be accessed. 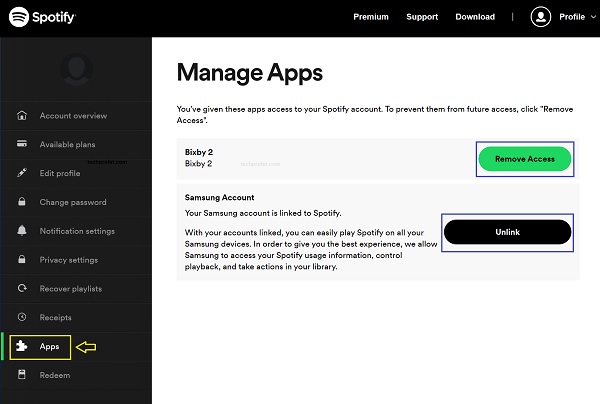 In addition, go to the Spotify desktop app’s settings to review any connected Facebook accounts under Social. If there is one, click DISCONNECT FROM FACEBOOK to remove it.

Finally, you can sign out of every possible device where your Spotify account has been accessed from.

NOTE: This can take up to 1 hour to take effect across all devices.

Once done, sign in back to your Spotify and your account should now be secure. If Spotify was playing random songs because a third party has access to your account, then this should stop once all these measures have been taken.

Below are some frequently asked questions on this topic and the quick answers:

Why is my Spotify playing random music?

Spotify plays random songs at the end of a playlist or album when the Autoplay feature is turned on, when you have songs in your queue that are not part of your playlist or when someone has access to your Spotify account.

Why is Spotify playing random songs even when Autoplay is off?

How do you stop Spotify from playing random songs?

To stop Spotify from playing random songs, you need to turn off Autoplay and clear Spotify song queue. To turn off Autoplay, click on the settings icon and toggle off the Autoplay option under the playback section of the app. Then, click on the queue icon at the bottom right corner of the now playing section and tap on 'clear queue'. Now, Spotify will stop playing random songs during or at the end of the playlist.

Spotify playing random songs is not a new thing, and a lot of users have been asking why this happens and how to stop it for a long time.

Although, these random recommendations can be good sometimes especially when they come at the end of the playlist. However, most times, people just want to listen to their selected playlist or album and not some random songs that Spotify thinks they want to listen to.

To stop this from happening, you should start by turning off Autoplay feature on Spotify. If that doesn’t fix your issue, you need to clear queue and the issue should be fixed. If you can’t find the queue button, then you need to upgrade to a premium account.

If you found this content helpful, kindly drop a comment below. Also, let me know which of these methods helped you stop Spotify from playlist random songs that are not in your playlist.