Flashing red light on Hisense TVs are often an indication of error, whether from software or hardware, as it is with most TVs. The number of times the light blinks gives an indication of the specific error based on the blinking codes. 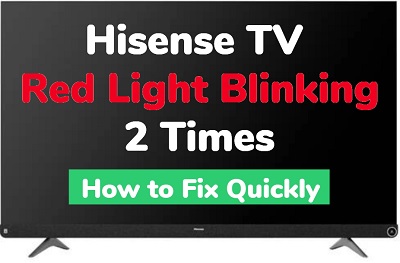 If your Hisense TV red light blinks 2 times, and you don’t know why that is happening and how to stop it, then you are not alone. For some users, this happened when they tried to turn on their TV or wake it up from standby mode. For other users, the red light blinked two times, paused and then blinked twice again while the TV was on.

In this guide, I am going to show you how to stop this error on your Hisense TV, whether it happened while already watching TV or just when you try to power it on. First, I will explain why this happens in both cases.

If your Hisense TV red light flashes 2 times when you try to power it on and there is no picture on the screen, then you most likely have a faulty backlight. This can be from bad LED backlight strips or faulty backlight inverter board, and is a common issue.

In fewer cases, the red light flashing with no picture can also be due to bad power supply board. It can also be a software issue causing the TV to be stuck in standby mode.

However, if your Hisense TV or Hisense Roku TV red light flashes 2 times, pauses and then repeats while the TV is on, then your TV is probably disconnected from your network connection and is looking for a network to connect to.

That said, let’s look at how to fix this issue in all cases.

If your Hisense TV is blinking red light 2 times, you need to power cycle it. To do that, turn off your TV and unplug it from the power outlet. Leave it unplugged for 60 seconds. While unplugged, press the power button on the TV for 30 seconds. Now, plug the TV back and turn it on. The red blinking light should stop.

I’ll let you in on a little secret – No matter what issue you have with your TV (as long as the set is still intact), always power cycle it first. You will be surprised at the number of issues a simple power cycling can fix on any TV.

If your TV is stuck in standby mode with 2 repeated flashes or there are other software related issues, this will help you fix it quickly and clear the error. 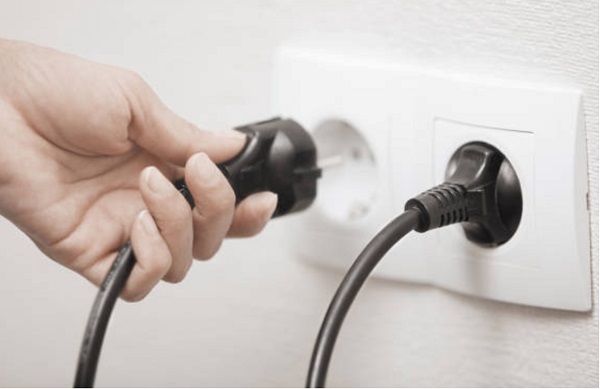 Could it end up being a more technical hardware issue? Definitely. However, until you do this, don’t try the next thing yet.

With  that said, here’s how to power cycle your Hisense smart TV:

If the red light stops flashing, good. Otherwise, move on to the next tip.

This only applies to you if your Hisense Vidaa OS or android OS smart TV is blinking 2 times while the TV is on and there’s picture, because you need that for this particular method. However, if your TV is not even showing any picture at all, just move to the next fix.

Your Hisense smart TV is likely disconnected from your network, probably because you restarted or unplugged your internet router, and your TV is failing to automatically connect back to the router. 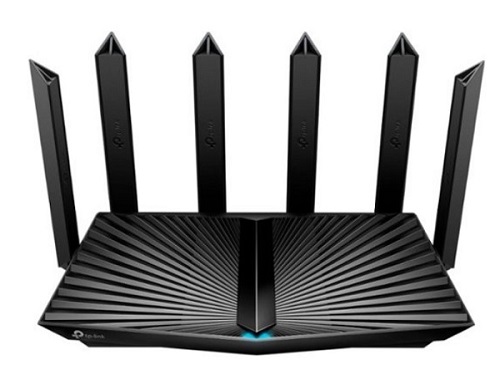 So, go to your Hisense smart TV settings and reset the Wi-Fi connection. Once done, reconnect your TV back to your Wi-Fi and the red light should stop blinking.

If your Hisense TV red light flashes twice with no picture on the screen, it is very likely due to a defective backlight based on Hisense blinking codes. Sometimes, you may see a dull blue screen (or any other dull color) on the screen instead of totally black screen.

In that case, you can do a flashlight test to check if the backlight is defective.

You can watch the video below for a visual demonstration of the process.

Replacing faulty LED backlight strips or installing a new backlight inverter board will fix the issue 9 out of 10 times.

If it’s not coming from a faulty backlight, then it’s more than likely the power supply board.

4. Inspect the Power Supply Board

With backlight ruled out first (being the more common cause of this error), then next thing you need to check is the power supply board. Again, this applies if your Hisense TV won’t show any picture, and the red light keeps flashing.

Capacitors on the power supply board can receive a surge and then fail. Most times, you can detect faulty capacitors by visual inspection when you open up the panel.

Once you replace the faulty capacitors, turn on your TV and the red blinking light should stop.

If any of the steps above is too technical for you (especially if you still have warranty), go ahead and contact Hisense support for fix.

Alternative, you can get it fixed at any good repair shop.

If you found this content helpful, kindly use the comment section below. Also, let me know which of these methods fixed the issue for you. 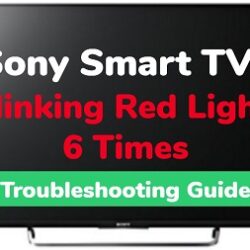 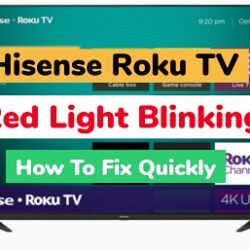 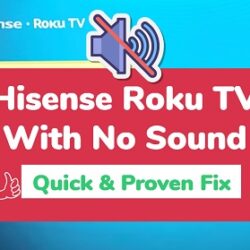