If your Hisense Roku TV keeps turning on and off by itself, trust me, I know exactly how it feels. You power on your TV only for it to turn on, get stuck on the Hisense Roku TV logo screen and then turn off by itself again. It doesn’t stop there, the TV keeps restarting while stuck in the same boot loop as long as it is plugged in. 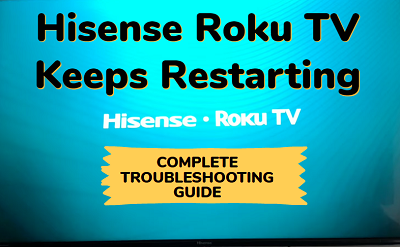 The good news is that I have 3 proven methods to fix an Hisense Roku TV that keeps turning on and off by itself. The first 2 are very quick and easy while the third method requires you to open up the TV. For most people reading this, one of the first 2 methods will suffice.

Hisense Roku TV Keeps Turning On And Off

If your Hisense Roku TV keeps turning on and off by itself, you need to reset it. To do that, locate the reset button on the TV. Press and hold it for 20 seconds, then release it. The TV will reboot and it will stop turning off by itself.

Like I said, there are at least 2 other methods to fix this issue other than resetting it. Now, let’s take a look at the first method.

If your Hisense Roku TV keeps restarting but remains stuck on logo and never boots completely, then the first thing you want to do is simply power cycle it. This is also known as a soft reset.

Here’s how to power cycle your TV:

If it’s still stuck in the reboot loop, try the power cycle again but this time, wait for 10 minutes after unplugging it before plugging it back in. Just be patient, a lot of users were able to fix it by waiting for up to 10 minutes.

If the issue is caused by some corrupt cache files on your Hisense Roku TV, a simple power cycle (soft reset) will fix it. Otherwise, if it’s still turning on and off by itself, then you need to perform a hard reset.

Although I’ve seen users who were able to fix the issue via a soft reset as I have shown you above (having waited for 60 seconds or an additional 10 minutes as the case may be). However, a hard reset was the solution for me.

In fact, this is what worked for most users who had the same issue from what I’ve seen. Since a factory reset will delete all your installed apps and restore all settings/configurations to factory defaults, it’s best that you try the soft reset option first.

That said, you can reset your Hisense Roku TV to factory settings. Since the TV won’t even boot up completely and you can’t access the settings, the only way to do this without a remote controller is to actually use the reset button on the TV.

If you hadn’t noticed, there’s a reset button on your Hisense Roku TV (it even has a label ‘Reset’ next to it).

Here’s how to reset Hisense Roku TV that keeps turning on and off by itself: 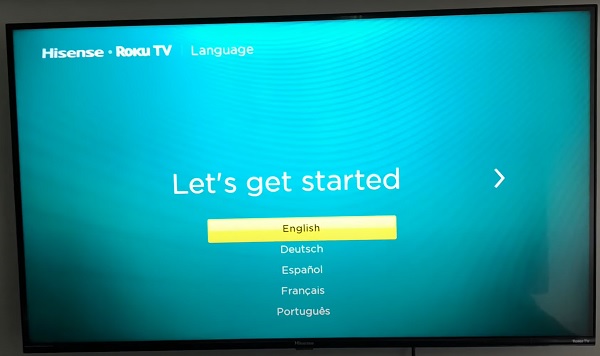 NOTE: Before you start, make sure you unplug your TV and leave it unplugged for 30 seconds. Also, press the power button on the TV for 30 seconds. This will help discharge the capacitors before you open up the TV panel (they can be dangerous otherwise).

Now, here’s a step-by-step process of what you need to do: (I have also added a video at the end for visual demonstration of the whole process) 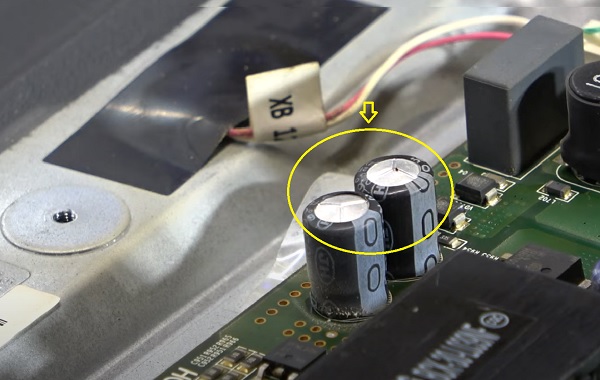 Now, here’s how to remove the faulty capacitor(s):

Remember: The capacitor needs to be placed exactly how the old one was placed.

That said, here’s the video for the visual demonstration of the whole process:

If that fixes the issue for you, great!

Otherwise, you will need to replace the main board and maybe the power board too.

If you have tried all the methods discussed in this guide, your Hisense Roku TV should have stopped restarting on its own.

However, if the issue still persists, the only thing you can do is to contact Hisense Roku for support. The official help line is 1-888-935-8880.