Does Skyrim Special edition come with DLC? If this is your question, then you are going to find the quick answer on this page.

Skyrim is an action role-playing video game developed by Bethesda Game Studios, initially released over a decade ago. If you are a gamer, you for sure know that this is one of the greatest video games ever released.

A remastered version of the game, titled The Elder Scrolls V: Skyrim – Special Edition, was  released on October 28, 2016 for Windows, PlayStation 4 and Xbox One.

The Skyrim Special Edition comes with all three DLC expansions (Dawnguard, Hearthfire and Dragonborn). In addition, it also comes with very noticeable improvement in graphics.

Like I mentioned earlier, Skyrim Special Edition was  released in October 2016 for Windows, PlayStation 4 and Xbox One.

13 months later, a port for the Nintendo Switch was released

In addition, the Special Edition was released on PlayStation 5 and Xbox Series X/S as part of the compilation: The Elder Scrolls V: Skyrim – Anniversary Edition in November 2021.

It also came with the ability to play PC mods on consoles, where players can experience new quests, environments, characters, dialogue, armor, weapons and more.

So, now you know that Skyrim Special Edition comes with all downloadable contents (DLC)

If you have any more question(s), feel free to use the comment section below. 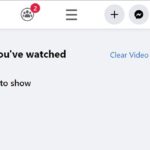 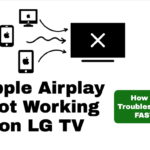